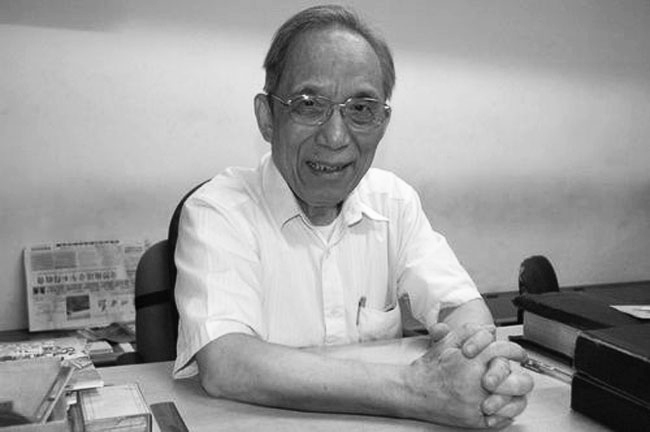 Death Of Pastor Samuel Lamb And His Impact On My Life “More persecution, more growth!” Pastor Samuel Lamb grinned with delight, leaning toward us, as if he was letting us in on a well kept secret. “That is the history of the Church!” [CLICK TO TWEET]

His joyful recollection of Chinese prison was startling. One might have expected a more somber reminiscence of his two decades of Christian suffering.

“Almost 21 years of working in the prison mines, and many near death experiences. But God protected me from physical harm.” He stretched out his hand and gave us a thumbs up. “This is the only scar I have.” I leaned in, squinting to see the scar from a tiny cut on his left thumb. “I did that to myself while peeling an apple!” he laughed with giddy delight at the thought of God’s mercy while in prison.

“Almost 21 years of working in the prison mines, and many near death experiences. But God protected me from physical harm.”

I first met Pastor Samuel Lamb in 1995. I was 16 years old. I was smuggling Bibles from Hong Kong across the border to China with a team from Teen Mania Ministries. I remember hearing his testimony and being deeply challenged for missions and deeper Christian living. It’s embarrassing, I know. But yes, that’s me photobombing Pastor Samuel Lamb in 1995

Two years later, at age 18, I moved to Hong Kong for 6 months to smuggle Bibles in to thousands of China’ hungry new converts. Every 10 days, I would take trains and buses to bring Bibles and Christian literature to Pastor Samuel Lamb. At one point I led a team from the Philippines to his church in Guangzhou. I would later fall in love with one of the Filipina girls on the team, and marry her.

It makes me emotional to think of my wife and I both experiencing a deep sense of purpose as we listened to the inspirational stories of Pastor Samuel Lamb while serving the underground Church in China. [CLICK TO TWEET]

“I can understand Job’s victories and Job’s defeats,” he often said. “It taught me that grumbling does not help. Not against God and not against those who persecuted me. My dear wife died while I was in prison. I was not allowed to attend her funeral. It was like an arrow of the Almighty, until I understood that God allows the pain, the loss, the torture; but we must grow through it.”

My dear wife died while I was in prison. I was not allowed to attend her funeral.

Christianity Today explains that Lamb was “one of the few remaining bridges between [the church in China’s] pre-Cultural Revolution and modern-day reality.” I concur. He helped bring China’s raw and mystical recent past to life for me. He helped inspire me to give my life for the unreached people groups of China.

Over my nearly 15 years in China, I have often heard the faint echoes of Pastor Samuel Lamb’s joyful laugh as he recalled his years of persecution. His hope in the midst of adversary gave me strength. His attitude toward those who mistreated him because of his faith settled my heart on more than one occasion. I am eternally grateful for this man’s impact on my life.

“We must be prepared to suffer. We must be prepared for the fact that we may be arrested. Before I was sent to prison, I already prepared a bag with some clothes, shoes and a toothbrush. When I had to go to the police station, I could just pick it up. I was ready. People are still being arrested. You don’t know what will happen tomorrow. Today the authorities are not bothering us, but tomorrow things may be different. I pray that we will receive the strength to stand firm.”

Before I was sent to prison, I already prepared a bag with some clothes, shoes and a toothbrush. When I had to go to the police station, I could just pick it up. I was ready.

Powerful words. I pray we take them to heart.

No more prison bags for Pastor Samuel Lamb. Like St. Paul, who also suffered for the sake of Christ, he can say that he has fought the good fight, he has finished the race, and he has kept the faith. Pastor Lamb has gone home. It remains for the Church—in China, in America, and across the globe—to carry on with a bag of clothes packed and ready for whatever may come. [CLICK TO TWEET]